On the fourth day of Steampunk Christmas,

My true love gave to me: 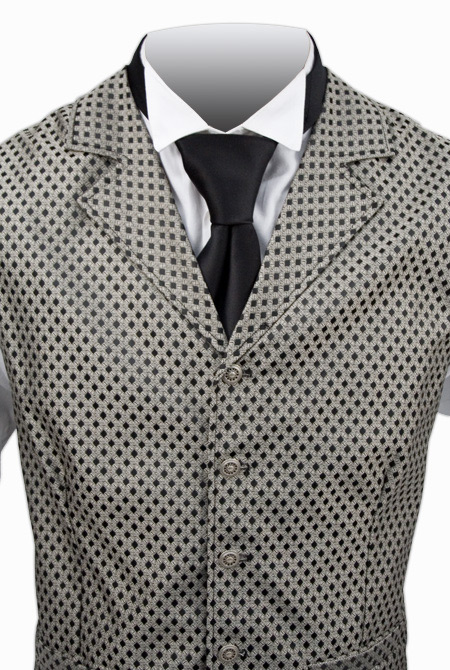 As far as I can tell, a “Four-in-Hand” is a particular knot for tying ties, but Gentleman’s Emporium sells a line of ties called the “Four-in-Hand” which would be particularly appropriate for a late Steampunk era outfit.

Other neckwear possibilities are:

The cravat was the standard neckwear in early/mid Victorian times, having evolved from the neckcloth.  Think Edgar Allen Poe (tied rather messily with a double knot)

or Michael Faraday (tied into a much neater-looking bow)

The Ascot lends a bit more formality than the workaday cravat.  However, when tied loosely, it can be casual as well (especially when paired with a smoking jacket!) 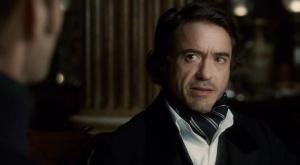 Bow ties:  If there’s one thing the Doctor has taught us is that bowties are cool. Bow ties likely evolved from a cravat tied in a bow which resulted in a large and rather floppy know.  Over time bow ties became more structured (and more like modern bow ties). The Old West string tie is an obvious variant. here’s a picture of the British scientist Francis Galton wearing a natty 1890-1900 era bow tie.

Of course, there are many variations on these neckwear types for the steampunk outfit.  While I have a couple of standard black cravats, I also have a ruffly red and orange silk one as well.  Bright colors, complex patterns, and interesting tie pins (see the Third Day) all can lend a steampunk air to your neckware.

On the Third Day of Steampunk Christmas…

On the Second Day of Steampunk Christmas…

On the First Day of Steampunk Christmas…

9 thoughts on “On the Fourth Day of Steampunk Christmas…”