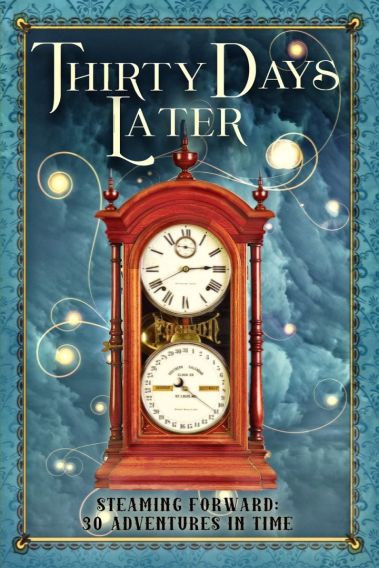 Do you like steampunk and cliffhangers? Adventure and intrigue? Dragons and Sasquatches? Then you’ll like the forthcoming anthology Thirty Days Later, Steaming Forward: 30 Adventures in Time, featuring pairs of stories by favorite steampunk authors who have appeared at the Clockwork Alchemy steampunk convention!

I’m honored to be included in this year’s anthology.  My stories involve a Victorian astronomer who makes a world-changing discovery.  Or does he?  Only his more sensible assistant knows for sure. Or does she?