History tends to lack a sense of humor.  Rarely does one come across a real side-splitting tale amongst the social trends and political machinations that underlie the dates of important treaties and the names of the monarchs that signed them (usually Charles or Frederick, according to my son who studied European History last year). 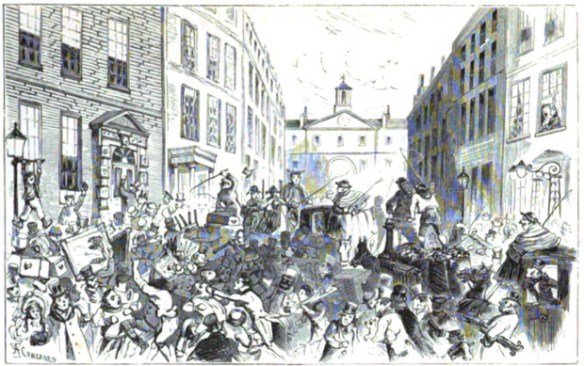 In 1810, on November 26th to be exact, one singular event occurred in London which could win the award for funniest historical event (a low bar there…) The event has since become known as The Berners Street Hoax, and although there are many variations on the details and many accounts written decades later, there are some newspaper accounts from the time.  The London Annual Register for the year 1810  describes the event better than I could.

Berners Street was a fairly well-off neighborhood in London and certainly not accustomed to the riotous goings-on that would require police intervention to clear the streets. Wisely, considering the mayhem that he caused, the perpetrator of the hoax  remained hidden.  One likely suspect was thought to be young Theodore Hook, a well-known rake and prankster whose day job was writer of popular comic operas. The story developed that he bet a pal the sum of one guinea that he could transform any nondescript dwelling into the most famous address in London. Hook had no relationship with the owner of the home, Mrs. T (variously identified as Mrs. Tottenham or Tottingham); her home was chosen at random.  Not until 1836, did Hook confess–in a way–through a character in one of his novels. 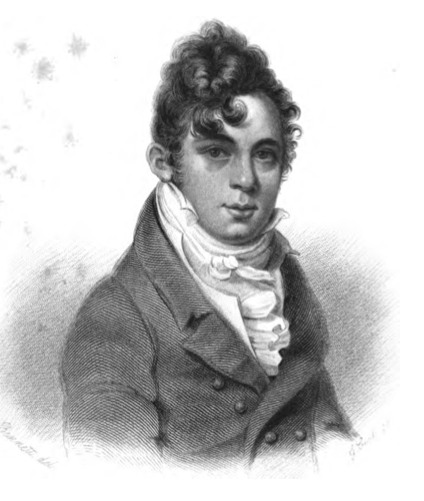 So the greatest prank of 19th century London was perpetrated by a bored, rich, young man.  While this punk committed a common enough stunt, it surely wins points for its shear volume.

(A very good account of this event with reference to many contemporary sources is here).

1 thought on “The Berners Street Hoax”