My Victorian house still has the original ceiling medallions in the parlors and dining room and in one upstairs bedroom.  In the two rooms upstairs that didn’t have medallions anymore, we installed reproductions.  Because if you’ve got an old house, you just expect there to be ceiling medallions.  And that’s the real reason for their existence–decoration.  I consulted all of my 20 or so period design books ranging from Georgian to Arts and Crafts periods and found no mention of ceiling medallions being used for anything other than decoration, certainly not for soot management.  On the contrary, the earliest versions of something that resembles a ceiling medallion was usually only the center of much more complex decorative plasterwork spreading across the entire ceiling. Note also that there’s no hole in the center of the medallion below to hang a chandelier.

The fancy work shown above would have been installed in a grand house, as the plaster elements would have been individually hand cast. Once the Victorian age arrived with its love of decorative detail and machine-powered manufacturing, even the most modest home could have some plasterwork ornamentation, and the ceiling medallion was what survived to break up the bare, unadorned expanse of the ceiling.

Of course, candles, oil lamps, and early gas lamps did produce a certain amount of soot which would eventually deposit on the ceiling.  But I ask you:  would it have been easier to clean a flat ceiling or the many nooks and crevices of an ornate ceiling medallion.  I’ll pick the ceiling any day.

Interestingly, the family that originally built my house back in 1880 or so were plasterers by trade, and fittingly, many of the rooms have different plasterwork treatments–cornices, coves, corbels, and almost every ceiling medallion is different.

Complex plaster cornice in the front parlor of an 1880s Victorian home.

Now my house was built when gas lighting was used, but plenty of Victorian homes as well as homes of other styles were built with ceiling medallions long after the advent of electric lighting when soot would have been a non-issue.

The only reference I can find that remotely resembles the “soot story” is that some medallions were pierced and led to vents on the exterior wall to exhaust hot air and smoke. It seems to have been a very niche use.

So, perhaps the moral of this short story that it’s nice when function and form coincide, but with the Victorian Age, it’s perhaps wiser to bet on form. Also it’s probably a good idea to questions docents at historic homes who tell stories that seem almost, but not quite, plausible. 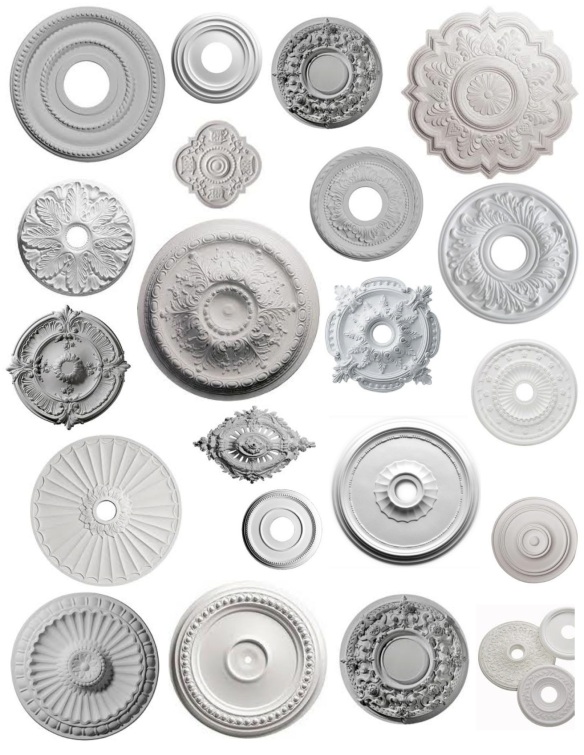 Interested in old houses?  Search “Old House Idiosyncrasies” to see the other blog posts in this series.