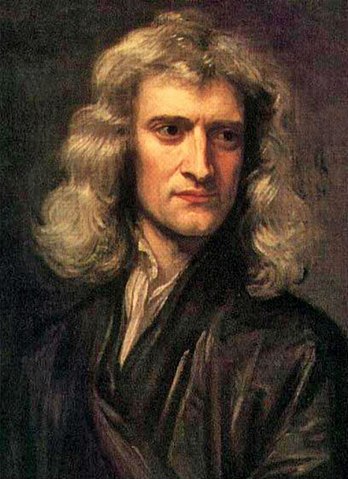 Isaac Newton is one of the towering intellects in the history of Science.  He formulated the laws of motion, investigated the nature of light, and invented calculus, among many other accomplishments.  Less well known, however, are his experiments in chymistry.

In the 1600s, chymistry–what we would call today chemistry–had three main focuses.  There was what we would call today “industrial chemistry”, the production of pigments, acids, and other materials useful in all manner of manufacturing.  Also included was “pharmaceutical chemistry”, the formulation of drugs and medicines.  Lastly was what we would today call “alchemy” including the pinnacle of the alchemical arts: the transmutation of base metals into gold. Little discrimination was made among these fields until some time after Newton’s lifetime when alchemy generally lost favor within the scientific communication, possibly because no one could demonstrate ever having produced gold from lead.

That Newton studied alchemy as part of a wider interest in chemistry is not too surprising given his work over a wide range of scientific fields.  Still, by the time of his death in 1727, his family labeled his alchemical writings as “not fit to be printed”.  And it wasn’t until 1936 that some of Newton’s writings on alchemy appeared at auction, a third of which contained mentions to alchemy.  One of these manuscripts has been recently bought by the Chemical Heritage Foundation.  It describes a synthesis of “sophick mercury”, an ingredient needed to form the Philosopher’s Stone. Clearly Newton was elbows deep into the practice of alchemy. 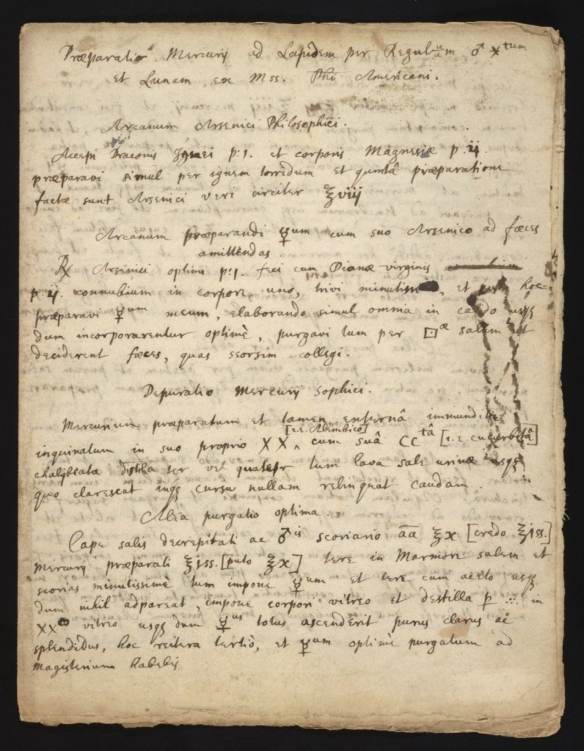 A sheet of the manuscript describing the preparation of Sophick Mercury in Isaac Newton’s hand.

My latest novel, “The Secret Notebook of Michael Faraday” has our hero, Professor Nicodemus Boffin, trying to prevent his nemesis from laying his hands on a glowing orange mineral specimen that his antagonist believes is the Philosopher’s Stone. You can judge for yourself if it’s really the Philosopher’s Stone or just an interesting mineral.  It’s right here on the cover of my book!  Students of modern day chemistry can guess what Professor Michael Faraday thought of it.

While few practitioners of transmutation of the elements exist today (although I have crossed paths with one…), the arcane techniques of the alchemists live on in the chemical methods and processes still used by chemists today.

For more info, Indiana University has a very good website dedicated to Isaac Newton and Chymistry.