From the always entertaining and informative website, Atlas Obscura (if you’re not already reading it, you really should be…) comes the story of a sunken steamship that was discovered in the middle of a corn field in Missouri.  How the steamboat Great White Arabia ended up in the corn field is only half the story (the Missouri River shifted course, leaving it on, or rather under, dry land). 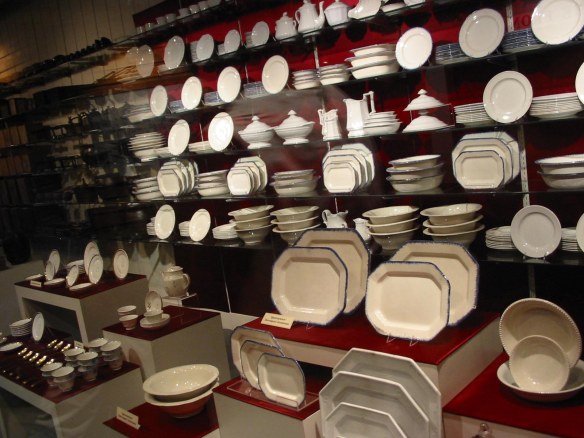 Some of the crockery excavated from the hold of the Arabia (Photo by Wikimedia user Johnmaxmena2).

The amazing part of the story is the amount and variety of immaculately preserved cargo found on board.  The Arabia was on its way upriver loaded with all the sundry items required for life on what must have been not too far from the American western frontier when it sank in 1856. Because the ship and its cargo has spent most of the time since underground and not underwater, they have been amazingly preserved.

The team that discovered and excavated the steamboat have opened the Arabia Steamboat Museum to display some of the 200 tons of cargo excavated before the field had to be replanted with corn. If I’m ever in that part of the country, I think it would be an extraordinarily interesting museum to explore.